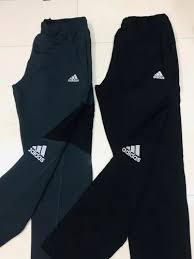 Many folks desire a pair of track trousers called the Adidas Tiro. With a roomy top and a tapered, zipped bottom, it is one of Adidas’s trendiest track trousers. The original Tiro served as the inspiration for other variations of the same pant because it was so well-liked.

The classic Adidas stripe running down the side is one distinguishing feature of this pant, but it’s the roomy fit and tapered bottom that give this track pant its widespread appeal.

The original Tiro was the Tiro 17, which had mesh at the waist and was a half-stripe version of the Adidas track pant. These Tiros are quite elusive. The Tiro 19 is a bit more widely available than the original Tiro and was the model that came after it.

A complete stripe and an asymmetrical fabric part along the leg were features of the 19 pant. The Adidas Tiro 21 followed, with the stripe extending from a half-stripe to a three-quarter-stripe and running down the front of the leg.

These trousers’ zipped bottoms, which many people adore, make it easy to put them on over shoes, after a workout or a swim, or when getting ready for the day. The double-knit Primegreen fabric used to create the pants is composed entirely of recyclable components.

Another popular brand of casual clothing that is likewise incredibly comfy to wear is Fila. It’s one of the few brands that can replicate the Adidas Tiro feel. Bring on the velour track pant, which features color-blocking and a polyester blend for so much comfort you’ll want to sleep in them. Similar to the Tiro, it has an elastic drawstring that is also adjustable for added comfort.

The Under Armour company takes pleasure in producing high-quality athletic clothing that can be worn practically anyplace. Their track pant, which is comparable to the Tiro, starts at $35 at most outlets, which is slightly less expensive than the Tiro.

Sports gear and athletic attire are just a few of the many items that Under Armour sells. A 24-year-old who had previously served as the captain of the University of Maryland football team launched this business in 1996.

Kevin Plank began operating a clothes business out of the basement of his grandmother. When word of his clothing spread, he started travelling the nation in his automobile selling outfits. In his first year of operation, he eventually sold to a team for his first significant five-figure sale.